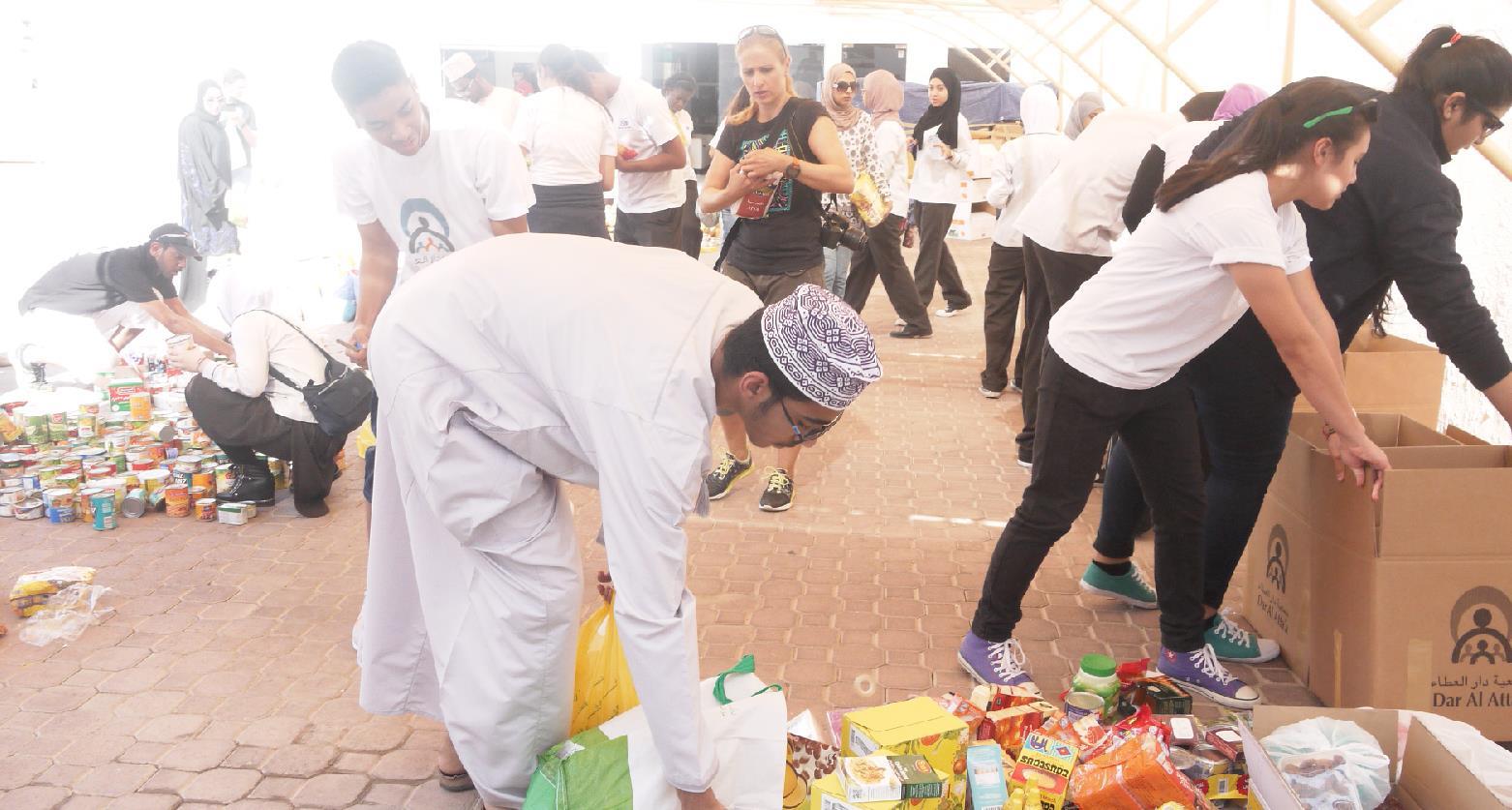 On Oct. 16, 1945, the Food and Agriculture Organization of the United Nations was founded, built upon "its belief that the goal of freedom from want of food, suitable and adequate for the health and strength of all people can be achieved." Celebrated around the world, World Food Day honors that day and our commitment to defeating hunger. This year Dar Al Atta’a (DAA) celebrated the World Food Day on 17th of October with the help of 10 schools and nurseries as well as Shangri La Bar Al Jissah Resport and Spa, Grand Hyatt, Intercontinental Muscat, Khimji Ramdas, Cameron Services Middle East, Al Madain and Crown Plaza Salalah. The schools that participated (British School, TAISM , Muscat International School, Dawhat Al Adab, Oman National School, French School, Shatti Al Qurum School for Girls, Azzan Bin Qais School, Bright Beginnings nursery and National Nursery Montessori) encouraged students to help DAA collect donations that were later sorted into food boxes before being distributed to families identified by the association. Maryam Al Zadjali, Chairperson, Dar Al Atta’a said:” this is the sixth time that we have supported the world food day initiative in collaboration with schools, hotels and corporate to provide those less fortunate with the food supplies they need during this special day and it was even more exciting this year to see corporate involved in the cause. On behalf of Dar al Atta’a I would like to thank the all the participants and volunteers in making this initiative a success and look forward to working with them in other initiatives.”

Dar Al Atta’a is a Muscat- based non-profit voluntary organization which was set up in 2002. It endeavors to improve the lives of those less fortunate than themselves both in the capital area and beyond. The group periodically organizes fund raising events in order to be able to reach their goals and enrich the lives of others.