On March 19, Dar Al Atta’a organized the World Food Festival in its fifth session this year, with the participation of twenty-one Arab and international embassies accredited to the Sultanate of Oman. This celebration, which was organized by the Dar Al Atta’a Association, in cooperation with a number of embassies of different countries of the world, included the presentation of the finest and best Arab and international dishes in their countries. The proceeds of this international festival will be allocated by the Dar Al Atta’a Association for Needy Families registered with the Association, on the occasion of the upcoming holy month of Ramadan. A number of home entrepreneurs in the Governorate of Muscat participated in this celebration with an Omani corner that includes Omani dishes. At the end of the ceremony, the representatives of the embassies participating in the ceremony, the supervisors of the Omani pavilion and the supporting and assisting bodies were honored. 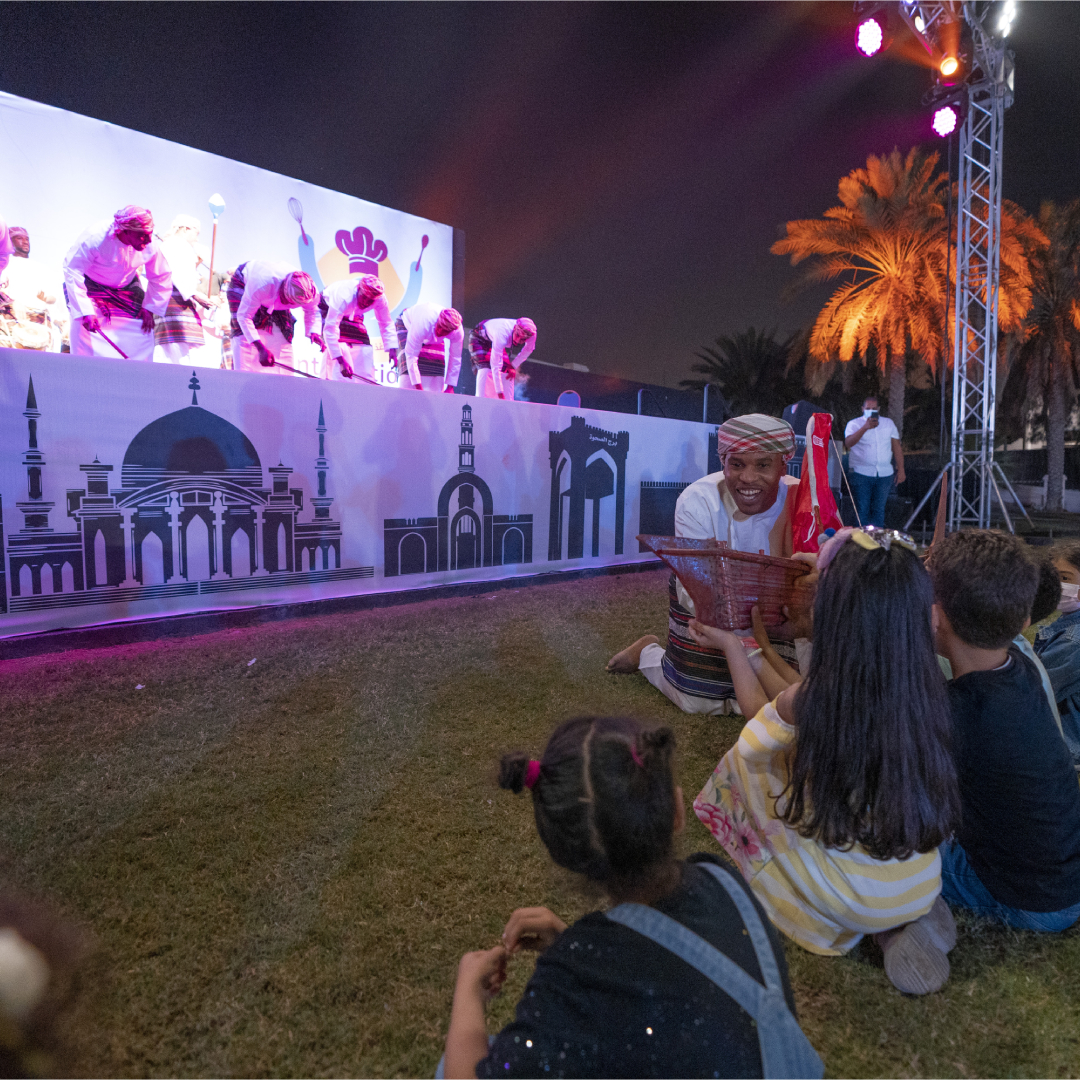 Under the auspices of H.H Sayidda Afraa Bint Talal Al Said, Dar Al Atta’a has announced the winners of the 6 th edition of its Big Give Competition that targetslocal university and college students.In this year’s competition, 20 teams were seen competing to reach the finals,which eventually went on to witness 10 teams from 5 universities and collegescompeting over 4 categories. The total funds raised by these teams reached awhopping Rial Omani 17,092 this year; with the teams then being given theopportunity to choose the Dar Al Atta’a program that they want to support.Winning teams“Best Idea” category: Al Janat Al Saba team from Ash Sharqia University won thiscategory for its project of providing low-cost meals for the university’s employeesand students, to support local women from the Ash Sharqia Governorate.“Best Publicity Awareness” category: Ahsanna team from Sultan QaboosUniversity. Their project included a model house where one can contributetowards a particular need of a family member and the funds will go to a cause ofrelevance. For instance, money that was donated in the kitchen will go topurchase electrical items for a needy family’s kitchen ex Fridge, stove etc.“Best Project Implementation” category: Ghaith team from Sultan QaboosUniversity. Their idea involved an interactive programmed moneybox that showsa video to the donors when they contribute.“Most Funds Raised” category: Hayyat team from Sultan Qaboos University. Theteam’s idea comprised posting a short video on social media platforms to collectdonations for the janitors in the university. Their video succeeded in collectingnearly Omani Rials 2,950.

Shamsa Al Harthy Managing Director of Dar Al Atta’a, addressed the audience theevent ceremony, making a presentation on the achievements of the associationand teams, and awarding the teams, donors, and the sponsors; Shangri La Barr AlJissah and Shell Oman. The event was concluded by giving H.H Sayidda Afraa BintTalal Al Said a memorial shield.Mlailam Al Zadjali, Chairperson of Dar Al Atta’a said: “Through this competition,we aim to achieve goals such as raising awareness on the importance of voluntarywork, encouraging the youth to get involved in voluntary initiatives anddeveloping their team-work skills. I would like to extend my thanks to all theparticipants for their valuable contribution, and I would like to congratulate thewinners and our sponsors and all those who have contributed towards thesuccess of this event.”Burair Al Lawati, CSR and External Relations Manager at Shell Oman Marketingsaid: “Shell Oman is honored to be the exclusive sponsor of Dar Al Atta’a’s Bi GiveCompetition this year. We appreciate Dar Al Atta’a’s efforts to engage students intheir drive to raise awareness about voluntary work. On behalf of the judgingpanel, I would like to congratulate the winning teams and wish them all the bestin their studies and future endeavors.”